Solar System Inverters: Different Types and How Does They Work? 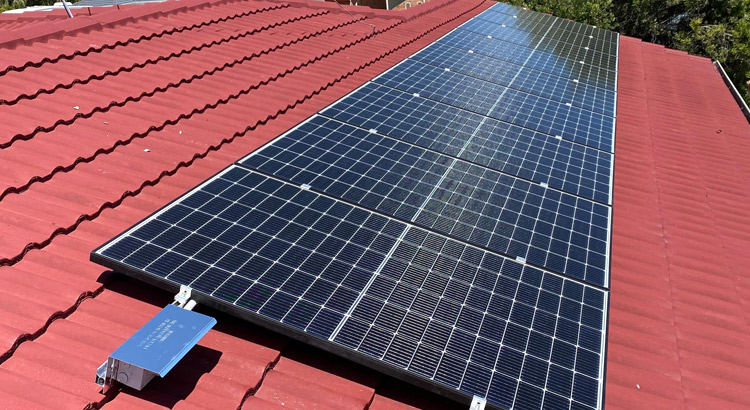 Solar system inverters play an important role in solar PV systems. The main purpose of them is to convert DC power generated by solar panels to AC power. It allows you to monitor the system function so that the system operator can understand whether it is working as intended or not. This analytical information is used to identify operations and maintenances to fix any issue in the system.

What Is a Solar Inverter?

A solar inverter can be defined as an electrical converter that alters the uneven DC output of a solar panel into an AC output. This current can be used for applications like an off-grid electrical network. These inverters also have some function with the solar arrays like tracking of utmost power point and anti-islanding protection. These functions are making it an essential device in the solar power system.

The working principle of a solar inverter system is that it takes power from a DC source and turning it into AC power. The generated power range will be between 250V to 600V. The conversion is done using Insulated Gate Bipolar Transistors (IGBT). When the solid-state devices are connected to form an H-bridge, then it oscillates from DC power to AC power.

A step-up transformer is used to boost the AC output. This can be fed to the grid. Now, inverters are also designed without transformers which have a high efficiency compared to those with transformers.

What Does a Solar Inverter Do?

The solar inverters are an important component in a solar array. It plays a pivotal role in the functioning of the system to providing protection to the system. The inverter functions are described below.

Inverters are continuously tracking the output voltage of the solar array to identify the maximum power at which the modules can operate. If shading occurs due to environmental factors or degraded modules, the inverter can identify the wrong peak in the string and reduce the overall energy production of the system. Buying inverters from the best solar installers can reduce the degradation of modules and ensure the durability of the system.

3. Interface with The Grid

Solar inverters make it easy to keep track of the power output of their solar energy systems. Some of the modern inverters have hardwired ethernet, Bluetooth, or Wi-Fi connectivity that helps solar system owners view error codes, diagnostics, and power production details on their computers or smartphones.

During the event of an electrical arc caused by material degradation or system aging, inverters are required to shut down. So they are programmed to identify these electrical arcs and can act quickly shut down to protect the system.

Off-grid inverters are used in off-grid solar systems where the solar inverter is fed DC power from battery storage. This battery storage will be charged energy generated by using solar panels. Such inverters are connected together with basic battery chargers which can be used to boost the battery from an AC power source.

An inverter that is integrated with the power grid can be referred to as a Grid-tie inverter. These inverters can feed power in the grid by corresponding phase and frequency. The grid works at a stable frequency of 50Hz in Australia. It varies based on the place you live. The most commonly used nominal frequency in power systems is 50Hz and 60Hz. These inverters can shut down once they detected any loss of supply from the grid.

These are special types of inverters which particularly designed to draw energy from a battery. An on-board charger is used to preserve the charge of the battery and additional energy will be transferred to the utility grid. Such inverters have the ability to provide AC power to specific loads during power outages. They also have anti-islanding protection.

Micro inverters are one of the latest technologies in the solar industry. Their small and compact design takes less space. These inverters have all the features of any central inverters. The function of every single panel can be monitored by these. Since they optimize every panel separately, the overall solar energy system has many benefits.

The following are the major benefits of solar system inverters:

Solar inverter systems are critical for the proper functioning solar power systems. It mainly converts the output of the solar panels into AC power in which most of the appliances operate. The electricity can either be fed into the power grid or saved in solar battery storage. The latest, advanced inverters have much more functionalities.

What Is Difference Between Solar Inverter and Normal Inverter?

Regular inverters use fuel, gasoline, or electricity as their source of energy and produce electricity from it. In the case of solar inverters, they use solar energy as the energy source.

Can I Use Normal Inverter with Solar Panel?

How Long Should a Solar Inverter Last?

How Do I Choose a Solar Panel Inverter?

As a general rule, the size of your inverter should be similar to the DC rating of your solar energy system.  If a person is installing a 6kW solar system, then the proposed inverter to be around 6kW.