How Rooftop Solar Systems Are Driving the Energy Transition 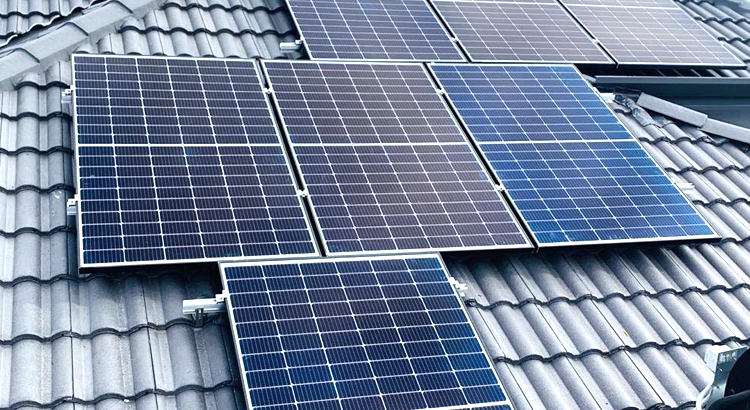 The transition to a low-emission energy future is underway all over the world. Customers are the key part of this transition. Customers are investing in clean energy like solar through rooftop solar systems and take a more active part in electricity generation.

The number of such customers is increasing in Australia and now the number of Australian households that have installed rooftop solar systems is more than 20%. In some regions, the percentage is bigger than the national average.

More than 2.5 million rooftop solar systems have been installed which made the country a global leader in the number of solar PV systems per household. Customers are not only motivated by environmental reasons but also to reduce electricity bills and generate financial returns.

With the fast-paced growth in the solar industry, it is important to make sure the electrical infrastructure of Australia can support further integration with localized energy generation. This will help to increase its benefits for customers.

High solar generation and low demand may lead the electricity to flow in the reverse direction and cause technical issues in the distribution networks. Voltage exceeding the regulated limit is the main issue. The solution to this problem is that the customers further install rooftop solar systems in their houses. Thus distribution businesses today in Australia support customers to install rooftop solar systems.

While talking about exceeding voltage the important thing you should know about the distribution businesses is how much rooftop solar systems can their network support in a particular area. This capacity is known as hosting capacity.

A study funded by the Australian Renewable Energy Agency (ARENA) about the two of Australia’s largest electricity distribution networks, CitiPower and Powercor, says that 19% of Powercor’s customers have installed rooftop solar. An increase of 34% is expected in this by 2026.

To manage the increase in voltage limits due to huge solar exports, distribution businesses have applied fixed export limits. These limits control the amount of solar energy exported to the power grid. In some cases, the customers are not even allowed to export electricity.

If the customer is unable to export electricity, then that will reduce the value proposition for investing in rooftop solar. Unlocking 100% of customers’ solar exports across the electricity distribution network is also economically inefficient.

This is where dynamic export limits can be a perfect solution. Dynamic export limit means the solar energy export is controlled only when the grid requires it. Therefore, customers can export their excess electricity most of the time.

The Role for Smart Inverters

Smart inverters are designed to enable dynamic exports by autonomously detecting the grid conditions and limiting the electricity exported to the grid accordingly. Customers will have a negligible amount of additional costs compared to standard inverters that are connected with rooftop solar panels. Some study suggests in many cases, dynamic export smart inverters can moderate extreme voltage rise when more customers in the distribution network install rooftop solar systems.

The Role for Batteries

As the cost of batteries is declining more people tend to install batteries alongside their rooftop solar systems. In 2019, 8% of new customers in Australia have installed batteries along with their solar systems. Those customers may store the excess electricity in a battery rather than exporting it to the grid. This will mitigate the voltage issues on the utility grid.

Australian distribution businesses are trying to find ways to manage the energy transition. Customers can also get incentive schemes such as Distributed Energy Buyback Scheme (DEBS) which encourage customers to export electricity in the late afternoon and evening periods when electricity demand is higher.

All these things accelerated Australia’s energy transition. Rooftop solar systems, batteries, electric vehicles, etc., are becoming more popular. Distribution businesses are trying to smoothen the transition by increasing hosting capacity for distributed energy resources. They should do this cost-efficiently, to avoid the potential burden on customers through higher utility bills. Distribution businesses are striving to find more flexible and smarter solutions to ensure customers are getting benefits from affordable and reliable clean energy.