Main Solar System Components and Their Use 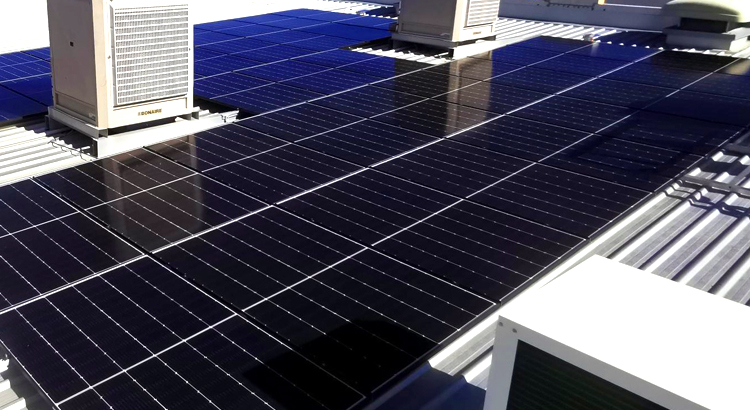 Sometimes these components and their uses can be very confusing for common people. This article aims to help people to better understand all the major parts of a system and how they work together to generate electricity to power your home.

Solar panels will be the most familiar element of your system. They are the most important part of a system too. They are placed against the sun. The sunlight or solar radiation hitting the panels generates DC electricity. Contrary to a popular belief, it is the sunlight itself generating electricity, not the heat by the sunlight. In fact, overheated solar panels can become less efficient. You should find solar installers who can deliver the best quality solar panels which can withstand the warm Australian climate for years. See the major types of solar panels.

These types of panels are darker in color and consist of singular large crystals. The sleeker aesthetics and higher efficiencies are the main advantages of monocrystalline panels. Because the cells contain a single crystal, the electrons generating electricity have more room to move. This is the reason why they are more efficient than polycrystalline panels.

Polycrystalline panels can be seen in light or dark blue colors. They are consisting of multiple smaller crystals in each cell, so the electrons have less freedom to move. This causes it to have lower efficiency. The lower price point of polycrystalline panels is their main advantage.

Inverters are another crucial component of a solar power system. Their purpose is to convert the DC electricity generated by the solar panels to AC electricity, which powers most of the home appliances. The inverters work constantly throughout the lifetime of the system which makes it tends to have faults in long run. To avoid such issues system owners should purchase the best solar inverters with a long warranty period and are easily serviceable. Some of the inverter types are given below.

String Inverters are the cost-effective inverter choice. It will convert energy from a string of panels into AC power. If your roof did not face in multiple directions and had good sunlight availability throughout the day, then the solar installation company might suggest string inverters. Due to the hardware and software advancements in string inverter technology, these inverters are now applicable in more circumstances.

Microinverters allow the panels to operate independently. A microinverter will pair with a single solar panel to convert the DC power of an individual panel into AC power. The cost of microinverters is high when comparing with string inverters.

Batteries are used to store the electricity generated by the panels during the day. The stored electricity can be used later during energy demand peaks, during a power outage, or at night when the solar power system is no longer generating electricity. Solar battery storage technologies are quickly evolving and more feasible options are now available for those who are primarily depending on the battery power.

Another important part of a solar energy system is the racking/mounting which is essential to keep the panels attached to the roof. They are commonly made using galvanized aluminum to prevent corrosion from the weather. The mounts are securely installed on the roof using screws. Certified solar installers will use quality racking equipment and leave no holes in the roof.

The modules are mounted with almost six-inch clearance from the roof which allows air to pass below the modules and provides better cooling. Mounting systems come in different shapes and sizes depending on the manufacturer. The panels can be connected to the rails on the mounting system.

Solar installers do an inspection to ensure that the roof can withstand the weight of the modules. Wind loads are also considered because airfoil affects when wind flows under the modules. An area about 3 feet from the edge of the roof experiences increased wind speeds. Because of this reason racking systems can only be put in certain areas of the roof.

The consumption monitoring system allows you to evaluate your solar PV system’s performance. It can provide information about electricity generation and consumption, optimize energy usage, and inform you if any damage occurs to your system. Without monitoring, it can be difficult to understand whether the system is operating at the level they should be. The information given by the monitoring system is essential to do proper maintenance and improve the productivity and durability of the system.

What is Balance of System?

As told earlier, in a photovoltaic energy system, solar panels play the most important role. But other components are also significant for the system. All the parts that contribute to the functioning of the system except the photovoltaic panels comprise the balance of system (BOS). This includes the components mentioned above such as the solar inverters, batteries, mounting system, consumption monitoring system, etc. Other components that form BOS are given below.