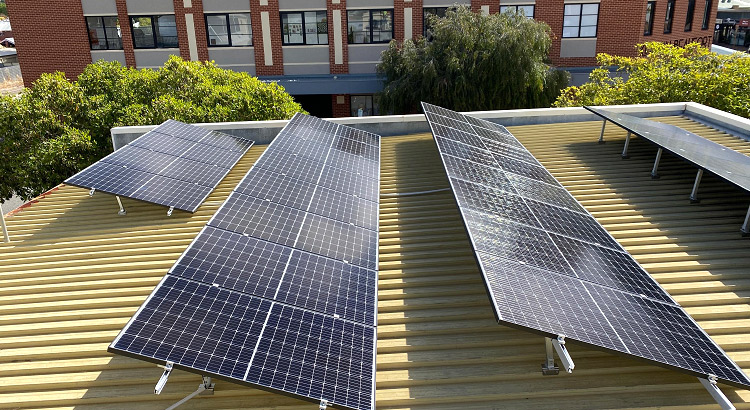 Think of a world where you don’t have to pay energy bills. You go to work on the world’s most futuristic electric buses that were made in Australia. Every house will have rooftop solar panels. More and more job opportunities will be available in the renewable energy industry.

This is the future you will get after the renewable energy revolution. This will soon become the reality.

1. Save Your Money and Be Energy Independent with Rooftop Solar

Australia has the best environmental conditions for solar energy in the world. Only one other continent comes close and that is Africa. Already millions of people in Australia are using solar energy. You can also take advantage of this abundant sunlight to produce the electricity to power your home.

Australia is already leading the world in residential solar and start to lead the world in home battery usage. Depending on where you live and how much energy you use, a solar system can return your investment in just a few years by lowering your utility costs from day one.

The number of solar panels being installed across Australia is increasing rapidly. The number has crossed 2.5 million rooftop solar installations across the nation. Queensland is in the top position with more than 717000 residential solar installations with a combined capacity of 3346 MW.

When you combine rooftop solar with an intelligent solar battery system, it becomes more efficient. This lets you store energy produced by the panels to use later. This means you can be independent of the power grid and protect yourself from unpredictable energy price hikes.

2. Get A Job in The Renewable Energy Economy

You could get a career in the renewable energy economy along with 100000 Australians. The WWF-Australia is now asking the Australian Government to support a $2 billion renewable-led COVID-19 stimulus package which would open 100000 new jobs. The renewable energy industry in Australia has around 27000 full-time equivalent workers.

Every dollar of stimulus package spend on green energy projects can open up three times as many jobs than the investment in fossil fuel projects. A renewable-led recovery has the potential to bring back manufacturing and help to grow existing industries. It can also pave the path to unlock new industries and boost global exports.

The clean energy recovery means careers in renewable energy generation, construction, operations, and maintenance. This includes the jobs in the manufacturing of green energy components like batteries, inverters, or wind turbines, and in the transport sector. There are plenty of solar installation companies that have expert solar installers. If the industry starts to grow more job openings might be available in these companies. People who are good at computers or marketing can also find jobs in making renewable energy systems more intelligent and approachable for everyone.

3. Enjoy the Travel on An Electric Bus

The Government of New South Wales is one among them who already announced that they will be replacing their old diesel buses with 8000 new electric buses. The upcoming Brisbane Metro project is also going to put 60 new electric buses, each with a capacity of 150 passengers, on the road.

The important fact is that the vehicles can be manufactured in Australia and export to other parts of the world. The WWF-Australia is asking the Australian Government to a $240 million stimulus package to speed up electric bus manufacturing.

4. Improve Your Health and Well-Being

Apart from reducing the huge cost burden, the transition to renewable energy will improve your mental and physical health. This study is supported by the Australian Medical Association. The usage of renewable energy can cause a reduction in greenhouse gases. This means the chances of heatwaves, bushfires, drought, and floods will get reduced. According to Doctors for the Environment Australia, reduction in fossil fuel usage will reduce the pollutants in the air, which can reduce rates of lung diseases, heart diseases, etc.

5. Benefit from A Strong Economy

The economic opportunities for Australia can be boosted by a renewable-led COVID-19 recovery. Everyone can get its benefits. To get that benefit, Australia needs a strong investment in renewable energy like solar energy, wind energy, renewable hydrogen, and fuel cells.

Australia is going to make a massive growth in renewable energy which can have a significant impact on the global economy. Renewable energy created using solar energy systems not only makes the homes to be more self-sufficient but the whole country. While being a net energy exporter, Australia still imports the majority of diesel and oil requirements.

Learn more about Clean energy and the electricity market

Australia has the best solar and wind resources in the world. Many other countries in the world have such great availability, which requires Australia’s help. This increases the energy export opportunities.

Renewable energy can change your future in a positive way. It can open up more job opportunities and support the economy. Environmental benefits like reducing global warming and air pollution are also important.

Is renewable energy the future?

According to International Energy Agency, renewable energy is going to make up 30% of the world’s energy by 2024. Most of this is will be produced by wind and solar projects which will be rolled out rapidly.

How renewable energy can save the world?

Is renewable energy the solution to global warming?