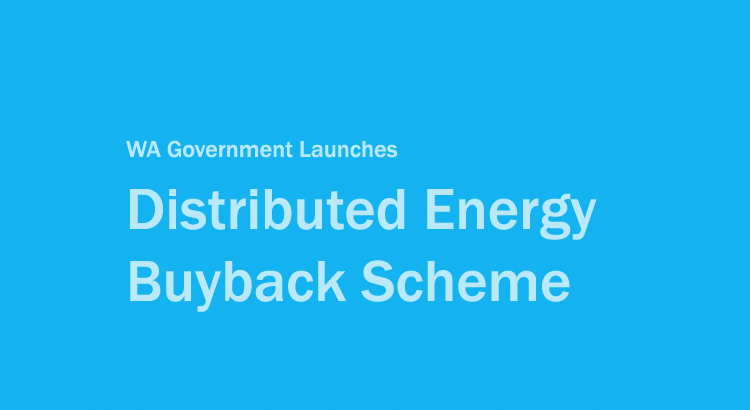 Energy Minister Bill Johnson launched a new Distributed Energy Buyback Scheme (DEBS) on this Monday. It makes people eligible for payment for the energy exported to the grid from electric vehicles and home batteries.

Premier Mark McGowan is extending the payment schemes to more sources of energy like EVs and batteries same as rooftop solar to encourage its usage. This can be beneficial for the users as well as the grid. By 2030 in WA, one in two households are expected to have solar panels.

The DEBS scheme will be applicable for many residences, schools, and not-for-profits installing new solar panels or batteries or upgrading their existing panels up to a maximum of 5kW. You can ask any solar panel installation company for more information about DEBS and solar power system installations.

The scheme can increase the usage or storage of solar energy during the middle of the day and produce more solar energy later in the day. According to the new scheme, energy exported will get 10 cents a kilowatt-hour (kWh) for the time between 3 pm and 9 pm and 3c/kWh for all other times.

DEBS customers will receive the Renewable Energy Buyback Scheme (REBS) until 6th November 2020. This is to allow horizon power and Synergy to complete all software and technical upgrades.

The updated pricings will encourage users to use their solar more in the middle of the day. It also going to boost the installation of west-facing solar panels in residences to generate solar power for longer in the day and earn more based on the peak rate under the new scheme. REBS customers are not going to be affected by the changes.

How the new scheme is going to benefit solar PV system users?

On-Grid solar systems are very beneficial to users. The key benefit is that it lets you reduce the electricity drawing from the power grid. Currently, the electricity cost is 28.82c/kWh. This can be increased in the future. Making most of your system depends on the ratio between your energy usage to the electricity exported to the grid.

The ratio can be varied based on your household energy usage pattern, such as time of the day when people are at home, types of devices you are using, whether you have battery storage, etc.

Assume for a standard home with a 6kW solar system with no battery, from the total power generated, 50% is consumed and 50% is sent to the electricity network. Then the annual difference in ROI between the two schemes will be:

The difference in savings between REBS and DEBS is negligible which makes installing a solar PV system is still a great investment. You can save more by self-consuming as much energy as possible during the day. The more you consume, the more money you will save.

Now, the electricity network in WA facing a challenge in its reliability. Because 1 in 3 households in WA have a solar system installed. This is why they introduced DEBS to encourage:

How can you get maximum savings from your solar energy system or battery?

To make the most of your system, you can follow the recommendations given below.